After I stopped drinking in May of this year my brain started resetting by June.  Pistons started firing that hadn't fired in years.  I could concentrate a little better.  I wondered, among other things, how in the world I had written and published two books under those conditions.  Another thing, I could read again.

It's embarrassing to admit, but I read only a handful of books during the last five years I spent drinking.  These were books my friends of mine, some sent to me as gifts, others reviewed here and there.  In total, I barely needed a third hand for help in counting them.

So I started reading again.

It began with a collection called The Uncertainty Principle by Rob McCellan (whose name I think I'm not suppose to capitalize but can't help it).  I reviewed his collection for Necessary Fiction and then, realizing I hadn't struggled with reading it, picked up some more.  After a bit, I started a reading log.  I've cataloged a lot of books since then, but am going to pick my top ten of 2014 in following with end-of-year lists I've been seeing, for whatever mine's worth.

These books, all published in 2014, are in no particular order. 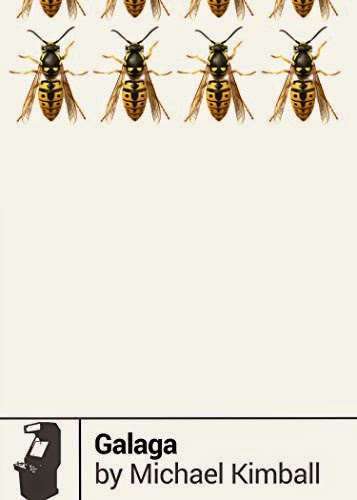 For a book that is about a video game from back in the day, this is an amazing look into not only that game and that magical time period when a quarter could buy you an entire evening of entertainment, but also a love story and an adventure and a family history.  I knew so little about the game when I took this one to review, I thought Michael had written some kind of science fiction novel.  Overall, this one just absolutely floored me in every way possible.  See my full thoughts at Small Press Book Review here. 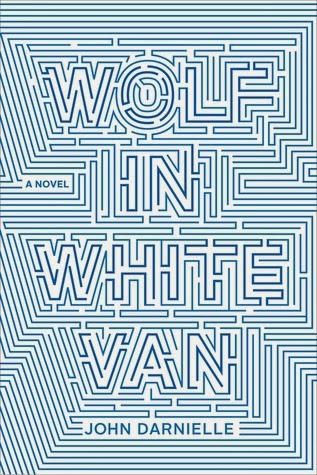 The secrets in this one are handled just perfectly.  We all knew Darnielle good write some kickass songs.  Now we know he can make the novel sing, too.  For one thing, I swear to all that's holy the role-playing game in this book, the imagination it took to come up with it is an achievement all of its own.  Told in the first-person from the point of view of a man whose face is grossly disfigured following an accident, this novel has maybe one of the best tied together beginning and end I read this year. 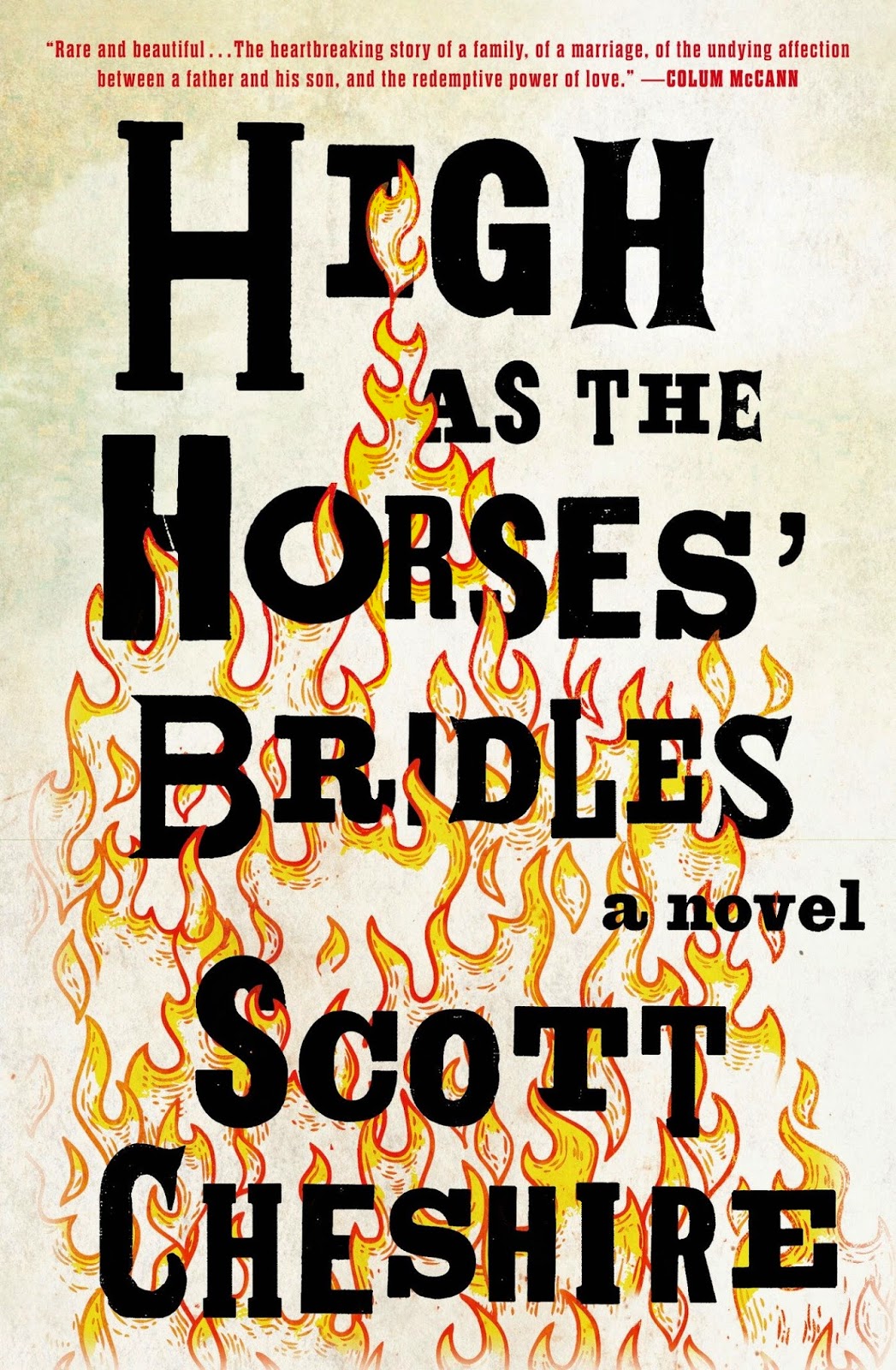 HIGH AS THE HORSE'S BRIDLE by Scott Cheshire

Bought this one after a ton of recommendations.  Put it on the shelf and sort of forgot about it for awhile.  One evening I pulled it and took on the porch with me for a evening smoke, figuring I'd just scan the first couple paragraphs.  That first chapter is damn near hypnotic.  Maybe the best first chapter I've ever read.  The rest of the book was good, but good lord that start was fantastic.  There's a lot said of religion here, but also the relationship between fathers and sons, and that relationship as it can often pertain to the passing of time.  A well-handled debut novel. 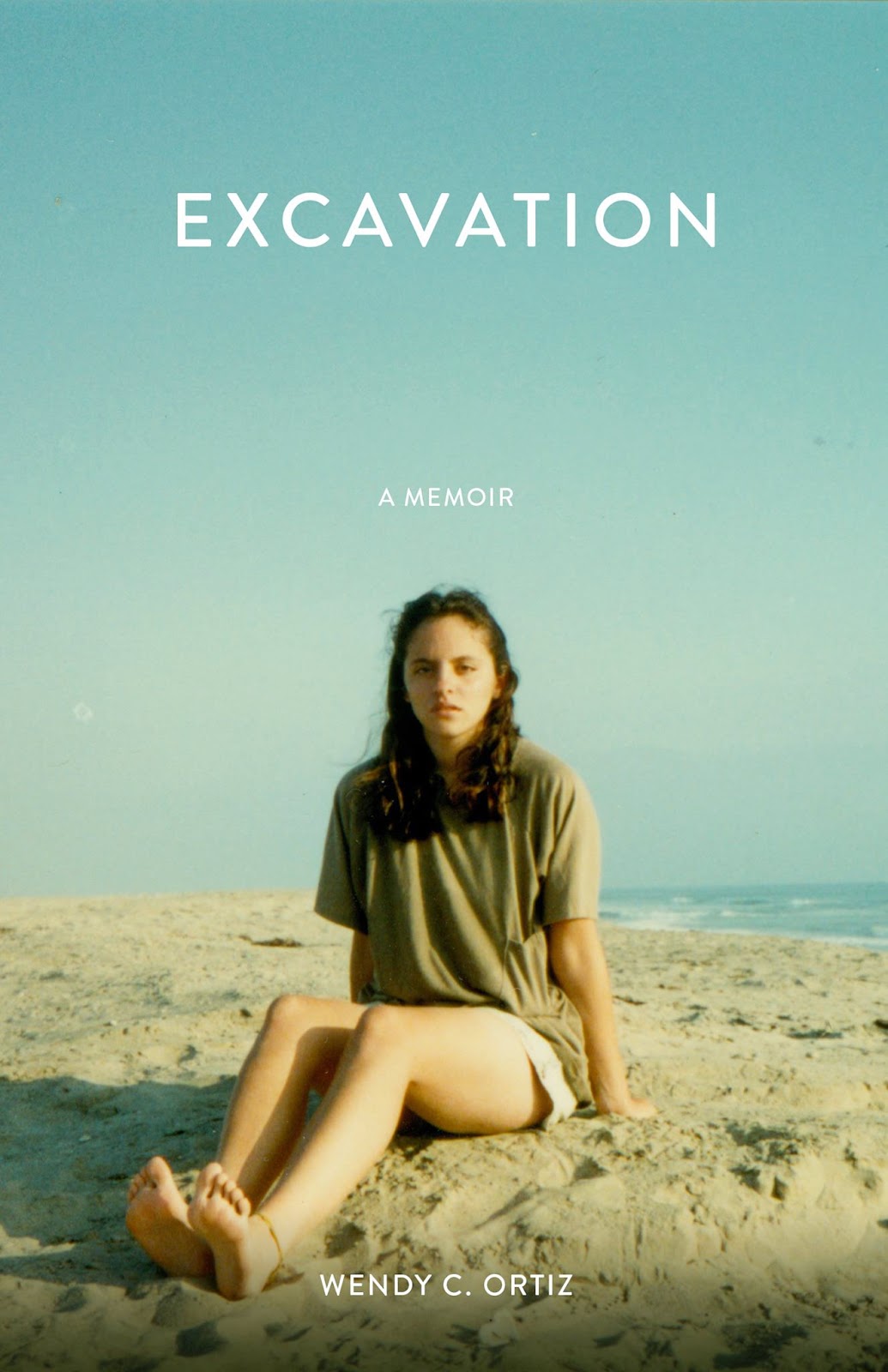 Wendy C. Ortiz's memoir absolutely at times made my stomach hurt.  I mean it made me physically ill at times.  All the while raising me from my seat to applaud its strength and absolute mastery.  The story of how her teacher manipulated her as a pre-teen and held her in this sickening grasp for the entirety of her teen years was both appalling in its subject matter and breathtakingly beautiful in its execution.  I cannot remember having read a braver work of nonfiction. 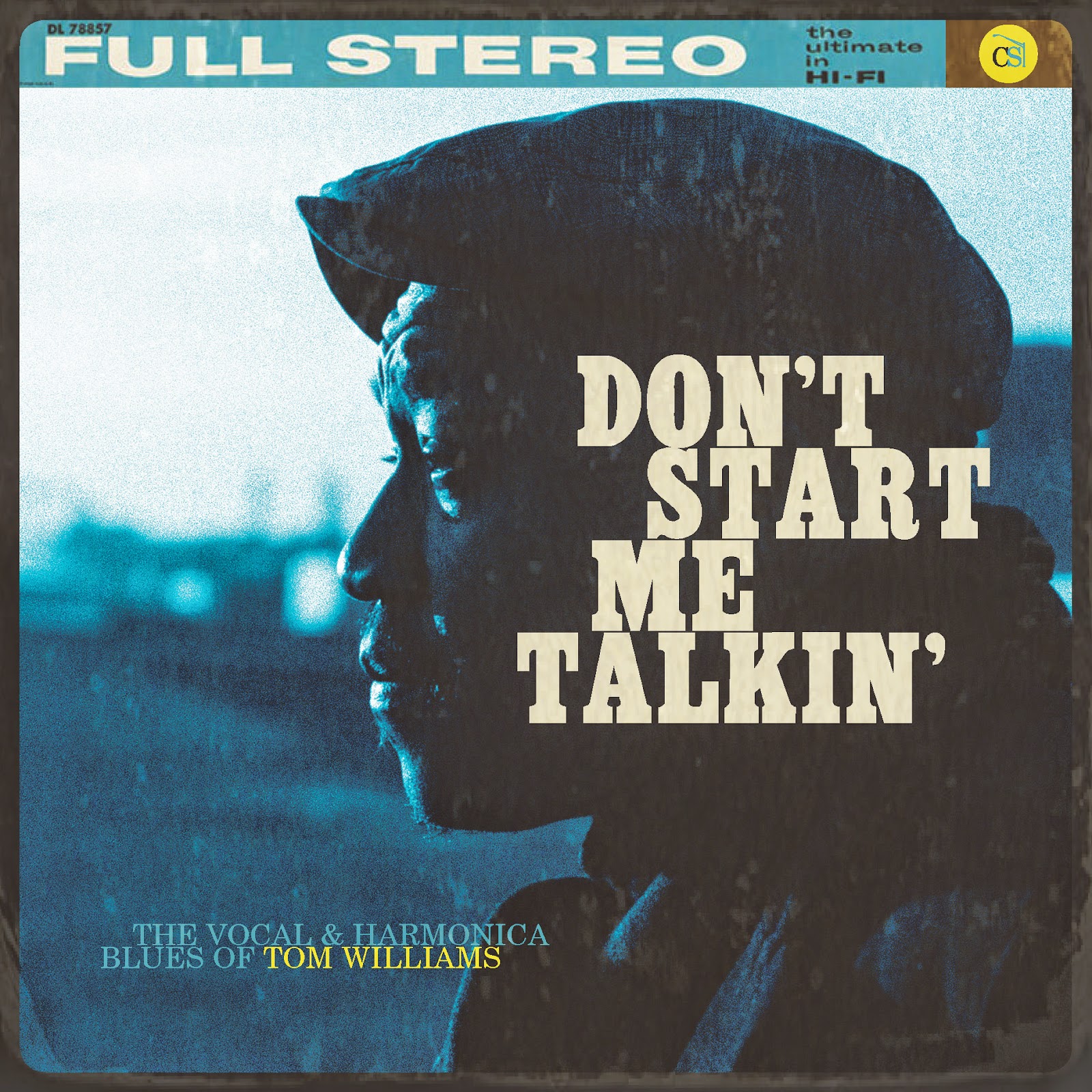 There's no secret as to why I loved this novel.  I would like to say it's Tom's command as a novelist (and that's for sure the second reason) but the first reason is simply that I have an addictive love of the blues or anything blues related.  That said, what I found most interesting, the aspect of this book that held me in place while reading, was the behind-the-curtain aspect of it all, the way Brother Ben and Silent Sam become the roles they play. 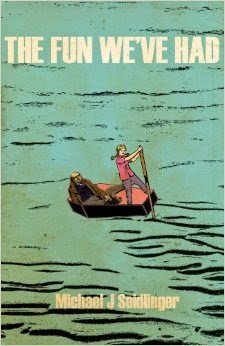 THE FUN WE'VE HAD by Michael J Seidlinger

I love a book that takes a risk, jumps off Bradbury's cliff and works to build its wings on the way down.  The Fun We've Had was the one book that I read that came out this year that perfectly nailed this for me.  Not going to lie, I struggled with it.  I became lost at times, I became bored at times. But at the end of it all, I just held my breath and realized Michael took a huge risk and finished up pretty clean, and good for him. 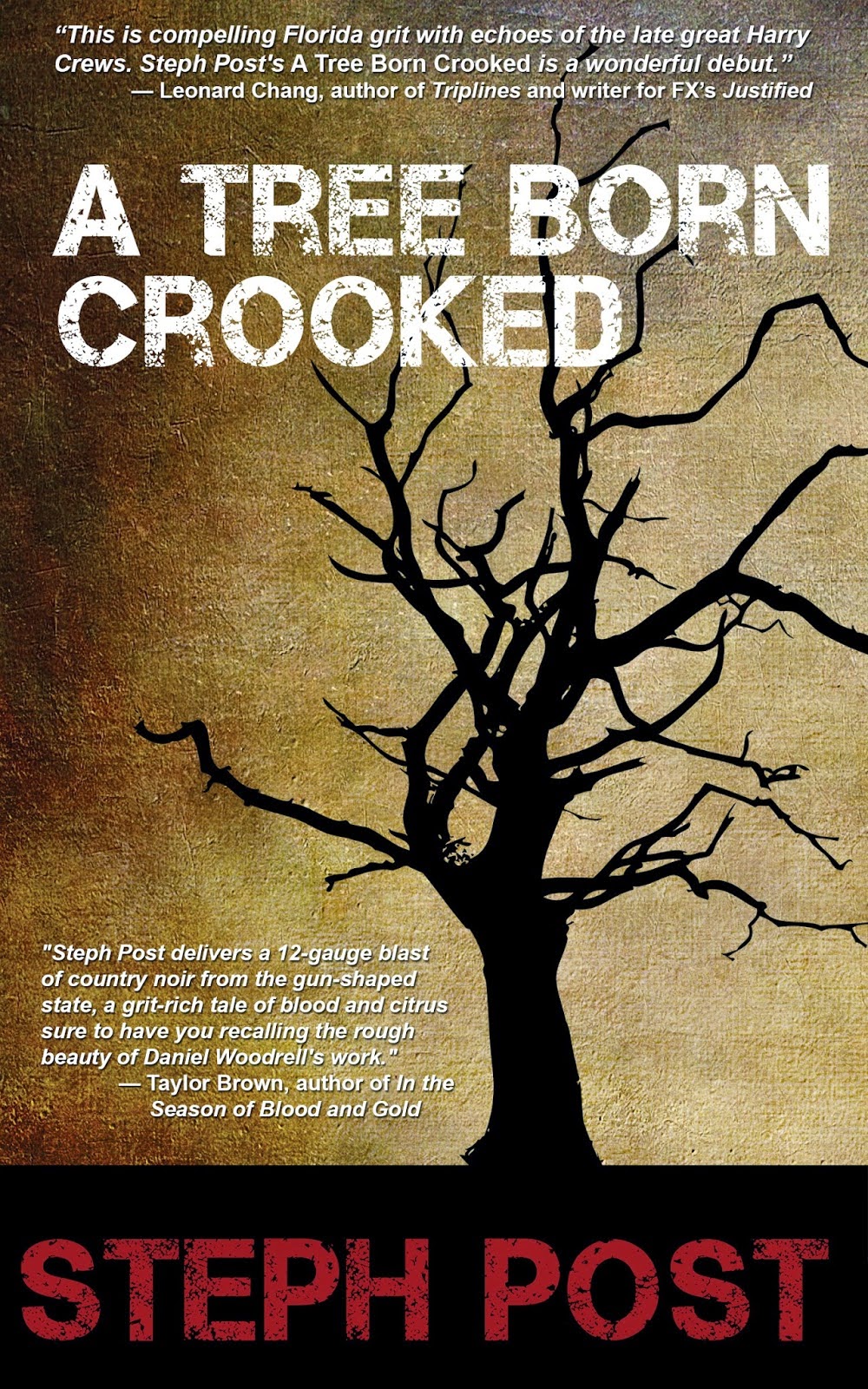 Steph Post writes some amazing and gritty work.  When I first learned this book existed in the world I had seen a post from Steph and the title caught my eye.  I immediately left a comment saying I once wrote a short story with the same title, adding with a wink that I had stolen the title from a Tom Waits song.  She said the same, and I was immediately a fan.  Then I read the book.  Wow, people. Hardcore Florida.  Not beaches and thongs and muscles Florida. This is the real shit.  I reviewed it at Revolution John. 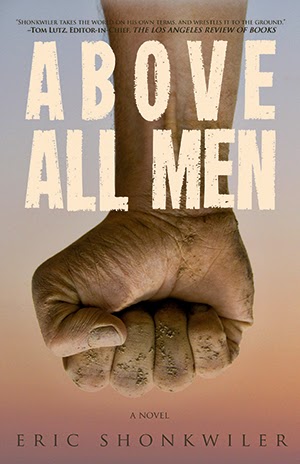 ABOVE ALL MEN by Eric Shonkwiler

This is another novel I reviewed at Revolution John.  And it was a tough one to review, let me just say.  I wanted the review to somehow reflect how hard Eric had clearly worked on this book.  It's so well built, I mean brick cigar house built.  Another debut, Above All Men is a fully realized not too distant future, a fully realized set of characters, and on and on.  Most of the time with a debut a reader can point to at least one or two things that blows the cover on it being a first book.  Not this one.  Not a single flaw this reader found. 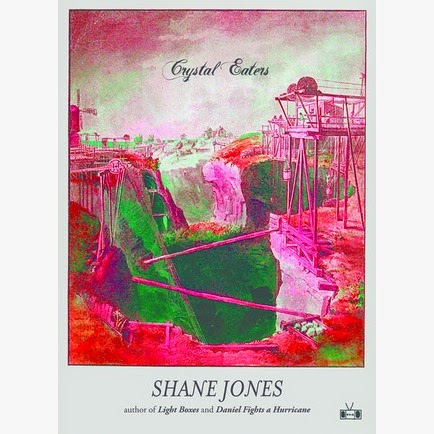 Man was there ever a buzz going around about this novel.  And I had read or heard about all of it when American Book Review asked if I would be interested in reviewing it back in the summer.  I was just about a month into my newly rediscovered ability to read while not drunk, and was a little worried I wouldn't "get" it.  But, of course, those concerns were needless.  Shane Jones put his sweat and blood into this one and came out with a book that is like no other you'll read, this or any year, and as accessible as you could hope for. Purely original, something insanely difficult to achieve these day. 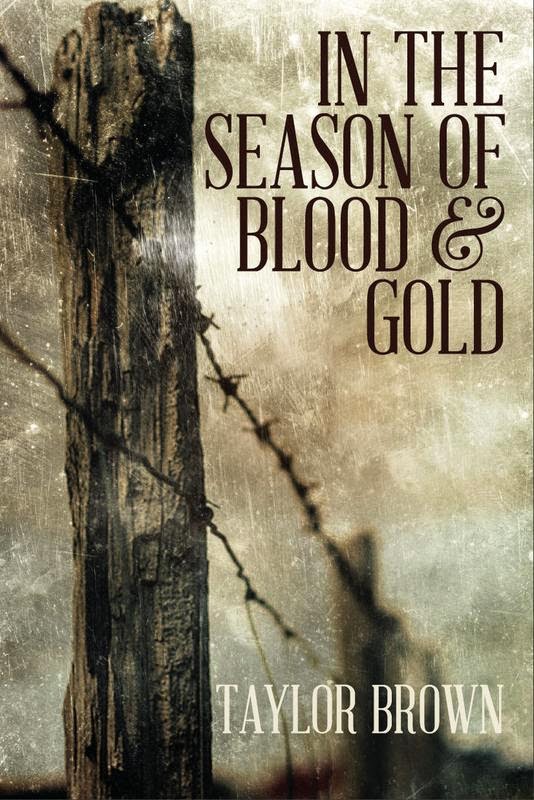 IN THE SEASON OF BLOOD AND GOLD by Taylor Brown

Taylor, I believe, just got a book deal for a novel, and it's one of those times when you've read the guy's short stories and now the excitement can start building for a full-length work.  Because here's the thing: Taylor Brown wrote, in my opinion, the best short story collection this year.  In the Season of Blood and Gold restores faith in the short story as a form.  It's that simple.

As an end note, let me add there are several books that came out this year I'm still reading that might have made this list.  Among those are Preparations for the Next Life by Atticus Lish, Bad Feminist by Roxane Gay, 10:04 by Ben Lerner, Annihilation by Jeff VanderMeer, and The Baltimore Atrocities by John Dermot Woods.

Damn, what a stellar year for publishing. 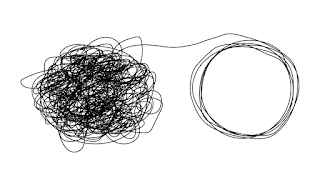