Tomorrow CJ Press will publish THE ORCHARD IS FULL OF SOUND! 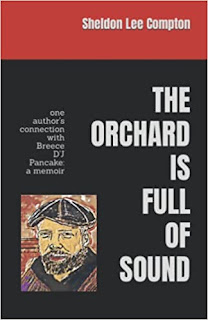 I had been writing this book, The Orchard Is Full of Sound, for nearly four years. Now it's going to become real thanks to Adam Van Winkle and Cowboy Jamboree Press.

Published on the anniversary of Breece D'J Pancake's death in 1979, this is a memoir of mine that works to blend biographical elements of Breece's life, thoughts on his writing, and a search for answers long overdue.

Since discovering Breece in 2005 I've been captivated by his stories. But I have also kept a strong interest in his life, particularly why he shot and killed himself when he was 26 and in the middle of his emergence as an author.

I honestly do hope you all will buy some copies of this. I believe it'd interest you. Us writers mostly buy each others books or we wouldn't really have many sales. Writers: give it a go. Casual readers: I love you, whether you buy the book or not. But I'd rather you buy the book.

An Old Literature, a New Literature: Sara Rauch’s WHAT SHINES FROM IT 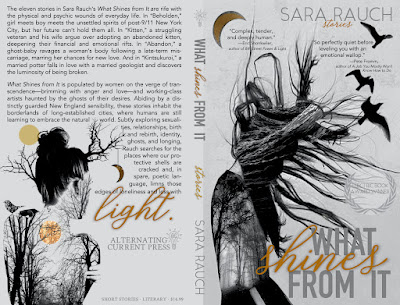 For the most part, Rauch’s stories exist in a realm like John Cheever’s—two people intimately involved in one another’s lives, the deep tension that can bring those two people at odds, and how both men and women handle these interactions.

What Rauch brings that is new is a view from more than just the husband and wife relationship. In her stories there are female couples who are trying to figure out where they stand on having a second child, there are complete strangers spending an afternoon trying like hell to connect to something, as well as a couple who are faced with a decision about a pregnancy that becomes just as complicated as those kinds of decisions can become.

Creating life, creating cohesion in life, connections, missed connections. It’s all here. And it’s handled with the deft hand of an author confident in her voice and what she has to say.

In “Addition,” a story that follows Alex and Rose as they deal with daily pressures while not dealing with a big decision: whether or not to have another child. Rose delivered their first and, due to circumstance, Alex would need to deliver their second. Alex’s failure to commit to one or the other becomes a point of contention. Through Rose, Rauch poses a question that speaks to anyone struggling to sync up to another human being as Rose, near her wit’s end, says, “At some point, not making a decision is a decision.”

And herein we have that familiar territory of domestic dynamics, and others explored during the heyday of kitchen sink realism, but with a contemporary and far, far more brightly concern and a richer, more elaborate landscape. Throughout What Shines from It Rauch expertly lays out this landscape with an incredibly cool confidence.

In another story, “Slice,” we have a front row seat for the slow dying of a relationship that had hardly had time to get started. Emmeline and Sebastian. The couple. The entire rise and fall of their strained relationship is on display. It is in this story that Rauch shows how well she can stir nuance to create a slow deterioration. During a phone call, we get an incredibly insightful moment in which Emmeline recognizes one of the first signs. She’s making plans with Sebastian.

“Can I come over? and I said, Of course, but I have to finish the buttons tonight, and he said, I won’t stay. What time? and I said, Seven. We hung up, and I stared at my phone, trying to remember when we’d last made such specific plans for no reason.”

The formality feels like the first tiny heartbreak on the road to a much more significant moment for both of them.

What Shines from It, which borrows its title from a line in Anne Carson’s The Beauty of the Husband, is a collection of razor sharp stories from a writer with something important to say. And what she says certainly does shine.

Buy What Shines from It here 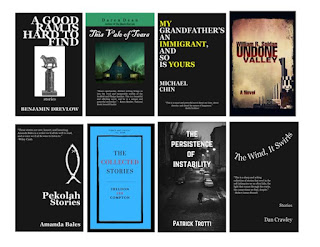 My new short story "The Judas Steer" was published this week at Cowboy Jamboree. I would sincerely love if you stopped by and read it.

And also check out everything there. CJ Press publishes the best fiction and nonfiction across the literary landscape.

Let me clear my throat

There's been a lot going on over the past couple of weeks. A new book, Runaways, out from Alien Buddha Press, my Collected Stories out from Cowboy Jamboree Press, and a third book in the early stages of promotion and one I've worked on for the last three years, The Orchard Is Full of Sound, also coming out this spring from CJ Press.

During all this, I posted briefly about something I want to talk more about here this morning.

Cody Sexton, publisher and editor of A Thin Slice of Anxiety, nominated my poem "Another Cure for Boredom" for a Pushcart Prize. This is my first for poetry, so it's special to me. I have had good luck with these nominations, though, with seven now over the past decade.

I told my wife the day Cody announced his nominations that in the indie lit world the nomination was the win because the big swinging egos of the literary world at large were never going to include one of our pieces in the big book. Sadly, and stupidly, those people won't recognize A Thin Slice of Anxiety or Cowboy Jamboree Magazine or Alien Buddha Press or any of the other indie journals because they don't follow the old lines and the old ways and the old kinds of stories and poetry.

And thank god for that. 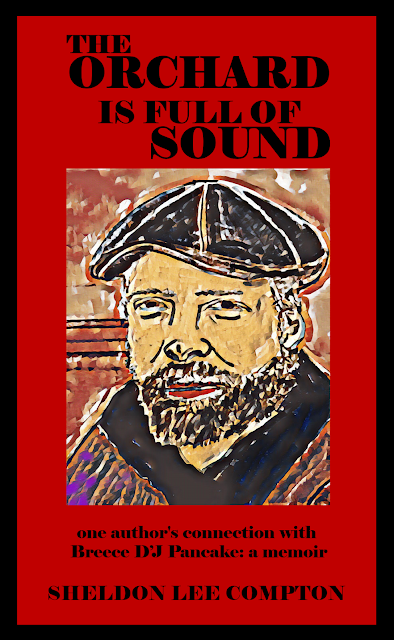 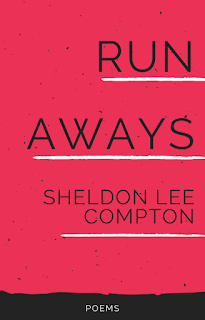 I sent my poetry manuscript Runaways to Alien Buddha Press because I loved what they had been doing for a long time. I had a small hope that they would like it, and they did. That email saying it had been accepted was a great one. I read it once, twice, three or four more times before responding with an eager agreement to get into some revision work.

Here is the finished product of that work, the poetry collection Runaways. Please go buy a copy. I really think you'll enjoy it.

To have a collection of poetry out there in the world is a great feeling. I've been told by at least one infuriated detractor the following "Please, though, no more occasional tries at modernist stanzas, you gumpy trinity of names, or Jean Toomer’s coffin will bench press you." I don't care who you are, that right there is hilarious. I won't say who this was, but his essay trying to destroy me was so well written, to be honest. I'm almost tempted to link to it, but I'm not going to.

I won't lie, the first time I read the essay, it hurt my feelings. I laughed, but it hurt some. So I did what I do and kept writing poetry even harder than before. After a bit I had this bunch of prose poems (no modernist stanzas, detractor!) I thought were good enough to collect and submit.

Like I said, I couldn't believe Alien Buddha Press liked it and has now published the book. It's a nice, 87-page collection of all my poetry to date, which is pretty cool because it comes in the same week that my publisher Cowboy Jamboree Press put out my Collected Stories, a 630-page book of a every short story I've ever had published for the past decade.

All my stuff in just a couple books. It's pretty amazing.

Collected Stories is made a reality thanks to CJ Press 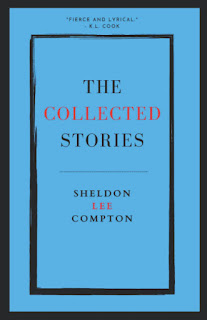 So much to say about this, but for now would you please go buy this book of mine.

It's all my short stories in one place.

Some 650 pages of solid work over the course of more than a decade.

Tomorrow CJ Press will publish THE ORCHARD IS FULL OF SOUND!

I had been writing this book, The Orchard Is Full of Sound , for nearly four years. Now it's going to become real thanks to Adam Van Win...